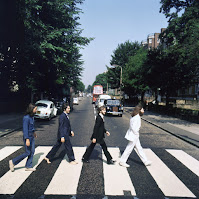 A thought occurred to me today while reading Virginia Hefferman's latest The Medium column in the Sunday New York Times, one of the best columns covering transitions in the media industry. Her article Content and Its Discontents laments how old media is becoming decimated. Yes, clearly reading a magazine or newspaper cover-to-cover is very old school, or as Jon Stewart poignantly nailed it with a joke newspaper entitled "Cincinnati Dump Accompaniment".
But does it necessarily mean that content is dead just because newspapers and magazines are effectively dead? A newspaper column is to a newspaper as a track is to an album. The music industry has gone through a very similar transition as newspapers and magazines. Albums are definitely dead. Labels are pretty much dead. But music is flourishing! Fans can purchase tracks for a $1. A band of two like Ghostland Observatory or Trifonic can create amazing music that used to take bands of at least four.
Distributing a music video means an upload to YouTube, not a deal with MTV. Artists connect directly with their fans on MySpace. Launching a new band means converting a few bloggers who love music instead of faceless label executives. Music spreads virally through social networks as fans post the music to their profiles.
Perhaps content has become irrespective of medium in our multi-channel world. I would read Virgina Hefferman's column if it was a blog, on nytimes.com, a note on her Facebook page, or part of the paper Sunday NYT (the last paper product that I actually read!). Does content die with its old school medium? It hasn't happened for music or video, it shouldn't happen to thoughtful written analysis. With hyper-targeted advertising, soon a columnist should make as much money from a blog and speaking/consulting work based on the blog, as he or she would be paid by an old media entity such as the NYT.