How Microsoft might win the mobile phone battle after all

This post was also published in VentureBeat.While there is broad consensus that Microsoft has actually delivered a decent phone OS with Windows Phone 7, pundits are universally panning Windows Phone 7’s future due to the market traction of iPhone and Android, Palm’s HP reset for WebOS, and the reawakening of Nokia and RIM. Mobile is clearly a huge trend that is displacing desktop computing, and people so soon forget that when Microsoft feels its turf is threatened, it is a fierce competitor.

In the late 1990’s, there was a huge race to the living room, with combatants such as Sony making a play to be the digital center of the home. Microsoft felt enormously threatened by this trend, and decided to enter the gaming console business that was dominated by the Sony Playstation. Pundits laughed and claimed that Microsoft would fail enormously in this effort.

However, Microsoft was in it for the long haul and willing to invest enormous amounts of money to ensure success. Six years later, Microsoft lost over a billion dollars on its Xbox initiative. 10 years later, Microsoft is still losing $172 million a year on its Xbox division, but the Xbox 360 is outselling the Playstation 3 and Microsoft sells more games per console than Nintendo. Xbox is profitable when including Microsoft’s game sales, and it is one of the three top consoles in the world, and the favorite amongst many gamers with exclusive titles such as Halo.

The Xbox achieved its success with three factors: user experience, market development dollars, and exacting hardware standards. Microsoft is addressing all three of these categories with its Windows 7 strategy.

Microsoft invested a ton of time and money into making the Xbox gaming experience better than the Playstation 2. It took Sony years to catch up with its Playstation 3. Glance at a Windows Phone 7, and tiled out in a beautiful inteface you can see the weather, the time of your next meeting, and your favorite team’s score. Glance at an iPhone and you will see a bunch of icons to click. The iPhone can’t show what’s actually going on in those apps because it doesn’t have real multitasking and its user paradigm is almost four years old from the days when the phones had less memory and processing power. Glance at an Android phone and you will see a bunch of icons to click and perhaps a few widgets that show information but chew up a ton of valuable screen real estate. 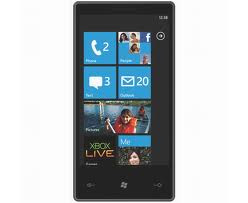 In addition, items on Windows Phone 7 elegantly flow and move across the screen, since all of the phones have OpenGL graphics and advanced signal processing features which enable Microsoft to leverage the best-of-breed speech-recognition technology it acquired with TellMe to drastically improve user-phone interaction.

Much like Microsoft spent over a billion dollars to get Xbox going, Microsoft has allocated a reported $500 million in market-development money to accelerate its platform. That’s a lot of money, and the reality is that they don’t actually have to pay off that many app developers to get a decent apps ecosystem going on Windows Phone 7.

Most users only actually use a handful of apps, and that those apps are pretty predictable, such as Facebook, OpenTable, and Shazzam. The vast majority of apps other than games could easily be made in HTML. If you want to check the flight status of your upcoming flight do you go the App Store and download the United Airlines app or do you just go to www.united.com and use their nice mobile-optimized website? Apps had their day, but are increasingly being relegated to use only for multimedia and gaming. A lot of apps are simply wrappers around HTML5 sites that will be very easy to port to Windows Phone 7, especially when you get a nice check from Microsoft for doing it and leads to dev shops in China to do the porting work.

As well, phones are rapidly becoming a gaming platform, and Microsoft will use Windows Phone 7 as their competitive offering to Sony’s PSP and Nintendo’s DS. If there is particularly hot upcoming game, Microsoft will likely pay for exclusive deployment to Windows Phone 7 just like they did with Halo on Xbox.

Microsoft spent a lot of time with its chip manufacturer, IBM, and its manufacturing partner, Flextronics, to ensure that the Xbox provided a best-of-breed, integrated experience, and it has a lot of experience certifying that Windows licensees provide compatible PC hardware. In order to avoid the fragmentation that handset manufacturers are engaging in with Android, Microsoft is imposing exacting hardware and software standards and testing labs to ensure that Windows Phone 7 handsets are consistent and do not deviate in user experience. Windows Phone 7 will potentially offer a consistency across handsets similar to the iPhone.

Android’s rise over the past year has proven that consumers are willing to purchase smartphones that are comparable to iPhones, and Windows Phone 7 is decidedly better than an Android device. RIM and Nokia have never had to reinvent themselves in the onslaught of competition which is why they have been thrashing for years trying to respond to the iPhone.

Microsoft spent the 1990s responding to the Internet threat with Internet Explorer, the 2000s crucifying the Sony PlayStation with the Xbox, and they will spend the next decade taking on the iPhone and Android to produce a competitive Windows phone. Given Windows Phone 7’s stellar user interface and voice recognition features, Microsoft’s allocation of massive amounts of money to purchase apps, and the tight control Microsoft has exerted on its hardware partners, Windows Phone 7’s has a very strong chance of catching up with iPhone and Android in a couple of years.

If you still want to count it out, ask your average teenager how they feel about the Xbox.