How the carriers screwed themselves out of mobile payments

This post was also published in VentureBeat. There has been a huge scrum amongst the smartphone players to capture the market for phone-based purchases. In a very surprising move, the major US-based carriers just folded their mobile payments hand, and folded it hard. Isis, the mobile payment system sponsored by Verizon, AT&T and TMobile, announced that it had signed deals with Visa, MasterCard, American Express and Discover to its touch and go payment systems.

In the European and Asian markets, mobile carriers are payment providers, and people use their phones to pay for goods and services and then pay their carrier, and the carriers get a cut. So why are US carriers not going after this incredibly lucrative market? 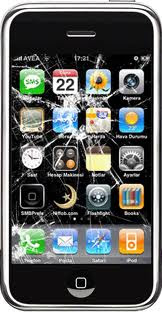 There’s actually a very simple reason. Payment providers require trust, and the US carriers decidedly do not have their customers’ trust. When your Verizon bill shows up and you see that it is $50 over what you expect, your first reaction is that they are screwing you yet again, not that you bought dinner with your phone a couple of week ago. For years, the carriers have regularly gouged customers for text messages, talk overages and data roaming, to the point where “cell phone bill shock” is a well known problem, and the carriers are amongst the most hated companies in United States.

The carriers are renowned for byzantine statements more complicated than IRS forms, obtuse voice jail systems, and horrible customer service. Can you imagine calling your carrier to dispute a payment? These are the people that try to convince their customers that overage fees are a good thing, rather than simplifying their billing so that people can understand the cost when they use services.

With the ISIS move, the carriers now have to play nice with the credit card companies just like everyone else and no longer have an edge in the NFC scrum. Instead, there is a good chance that the carriers will be completely cut out by Google, Apple, and PayPal.

Google is aggressively going after mobile payments, testing NFC systems, acquiring Zetawire to accelerate its NFC technology, teaming up with Citi and MasterCard on NFC payments. Microsoft has also made NFC moves. Apple is one of the biggest payment processors with its iTunes store and is in a strong position to go after NFC payments. PayPal has been all over mobile payments and is doubling its forecast for mobile-based payments, and is making real world mobile transactions a huge initiative..

Now that the carriers have capitulated on carrier payments, startups such as Zong and Fortumo working on the bill-to-carrier infrastructure will likely have to focus on the “unbanked,” as BillToMobile has successfully done on the web and is starting to do on mobile.

One thing carriers could do to try to stay in this game is break out their billing so that the regular billing shows up in one area, and mobile payments are in a separate, clearly segregated area. Carrier billing providers like Payfone attempting to roll out mobile payments based on archaic roaming protocols are going to have to shift their strategy, as roaming charges are amongst the most obtuse parts of a mobile bill.

Hey, remember when you had to pay $250 because you used Google Maps in Europe, or $75 because you talked too much during a deal that required a lot of concalls? Don’t feel bad. The guys that charged you just lost out on a multibillion dollar opportunity that should have been a bird in the hand.