This post was also published on CNET. Since the advent of the Web, online publishers have had to create unique content to attract premium ad rates. Over the past few years, however, a flood of subpar content has seemingly taken over the Web, driven by high-growth sites such as Demand Media and the AOL-owned Huffington Post. These types of sites have enjoyed surging traffic by creating relatively simplistic content, repurposing and "aggregating" premium content, and gaming Google's search algorithm. But this strategy faces a growing backlash and as a result may have hit its natural ceiling, and that could create opportunities for new online-media models.

What makes subpar content subpar? Like pornography, you know it when you see it. Take, for instance, "news" articles that simply paraphrase and quote articles written by journalists, or simple "how to" guides that don't explain much and have no accompanying diagrams, videos or other edifying media.

The primary financial driver supporting subpar content is what's known as "personalized retargeting," where ads follow a users around the web. When you visit Zappos.com, for instance, the site places a cookie on your computer that tells an ad network you were just there. Zappos then pays a premium rate to "retarget"--to show you an ad inviting you to come back to Zappos.com long after you've moved onto another site. 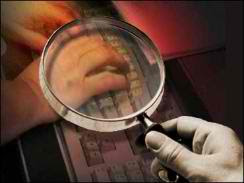 If a publisher can get enough eyeballs looking at content, by hook or by crook and regardless of the quality of its offerings, it can sell retargeted ads against that undifferentiated audience. In this model, content has essentially become advertising for advertising--i.e., for retargeted ads. The price for a retargeted ad isn't even connected to the content of the site a user is visiting--all that matters is that the advertiser is reaching its targeted visitor again.
Understandably, performance marketers--those who get paid affiliate relationships, for instance--have jumped on retargeting. Top brand marketers, however, are much more sensitive to the context around their ad, which is why they are more likely to shun so-called content farms and embrace original content.

What's more, re-targeted ads are increasingly freaking people out. While many of us in the industry understand what's going on, others find it creepy to be tracked across the Web. A woman running a nonprofit showed me her Huffington Post home page and asked how HuffPo knew that she had shopped at the two e-commerce sites with ad units on the page.

It's important that U.S. privacy legislation not overreach, so that we can find a compromise between user privacy and how websites need to function. For instance, tracking a user across a family of sites--say from Google's homepage to YouTube--is not retargeting. There's value to users when a company can optimize how its family of sites works together.

Even without regulatory intervention, subpar content is starting to hit its maximum headroom. Consumers can only go to so many pages of drivel before they orient back to the good stuff.
In fact, there is a resurgence in premium content. The Huffington Post is hiring writers from the New York Times and the BBC and increasingly producing unique content. Demand Media, one of the leading purveyors of simplified content, recently announced that it was scaling back its content creation army of contract writers. YouTube is shifting from user submitted videos to premium produced videos.

In addition, Google has recently made a series of moves that make it increasingly difficult for subpar content to get Google traffic. The Google Panda 2.0 and 2.5 search algorithm updates have been optimized to return premium, non-repetitive content that users will value after they search, pushing subpar content further down in search results. Google News has introduced incentives for content sites to highlight unique content. Google also announced that it is no longer going to include the search terms that are used when it sends a user from a Google search page to a site, bringing a halt to the practice of tailoring content to match active searches employed by sites like HuffPo.

Just when retargeting is about to hit the precipice, premium advertising is on the verge of a revolution. Offline spend continues to pour into online. Ad targeting systems are starting to look at add social media behavior and a user's present and historical interaction with a site. Engagement ad units powered by companies like Flite and Aol's Project Devil are even integrating premium content into ad units.

The resurgence of advertising on premium content sites, in addition to the new and interesting ways for premium advertising to engage an audience is some of the reasons I recently joined CBS Interactive as CTO, so read what you like into my obvious bias. All in all, interesting and fun times are ahead in the world of premium content.