How RIM could save itself: With a “super feature phone”

This post was also published on CNET and VentureBeat. Research In Motion is reportedly attempting to sell itself after rejecting the former co-CEO's plan to open up its network to carriers. But for some reason it is not pursuing the creation of a lucrative category between smart phones and feature phones -- the super feature phone.

Less than a smartphone, but far more than a feature phone

What are you left with if you take a smartphone and remove the ability to install apps? It's far more functional than a feature phone, with built in apps for e-mail, Facebook, and a camera. But it's definitely not a smartphone like an iPhone or
Android device. RIM's range of devices are fully capable, with integrated apps and cameras, but suffer from a paucity of apps other than an attempt to integrate Android apps.

The key to the super feature phone is the ability to use cheap data plans in the $10-per-month range, rather than the more expensive full data plans required by smartphones. Not everyone needs a smartphone with a data plan. RIM should focus its devices on the feature phone segment, especially for armies of corporate workers that need access to email but not much else. RIM can easily compete with the players in this space, including Samsung's Bada and Marvell's Kinoma.

RIM should also ensure that the carriers do not sabotage a super feature phone plan by forcing a full data plan, like they did to the ill-fated Microsoft Kin and instead leverage the BlackBerry network. 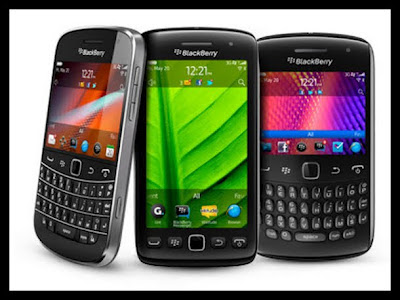 RIM has always held a core competence in integrating corporate Microsoft Exchange e-mail and calendar servers in sync with its devices. RIM has attempted to expand into the integration of
Google Android and Apple iOS devices with Microsoft Exchange with its Fusion product line, but those devices can now integrate out of the box with corporate e-mail and calendar systems.

Many corporations are implementing bring your own device programs where their employees can use off-the-shelf devices to access corporate resources. This shift has presented an opportunity for new mobile device management software (MDM) that ensure that corporate data can be wiped from lost handsets and terminated employees' devices.

RIM should acquire a few of these MDM vendors, including Airwatch, MobileIron, and Zenprise and roll up this space. Although RIM's stock has been hammered, it is still worth $7 billion and can afford to overpay for growing startups. This will enable it to have new, desirable products to sell through its enterprise direct sales force and channel partners.

Have some marketing fun -- BlackBerrys are better sometimes!

BlackBerrys may not equal an
iPhone, but it is a heck of a lot faster to type out a text message or call someone with a BlackBerry. There is a lot of potential for fun ads that show off that comparison with people in awkward situations that need to contact a friend quickly while their friends are still fumbling with touch screens. BlackBerrys could even become cool again.

Let's face it: Apple and Android are never going to provide cheap devices that don't require a data plan, and this is a huge opportunity for RIM.