This post was written with Paul Sloan and published on CNET. With Facebook's stock now half of its IPO price, Mark Zuckerberg and company are testing more ways to make money from advertising. And they can do a lot more. 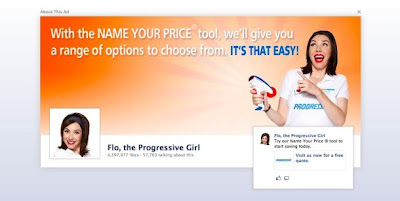 See that image above? That's a plain old giant banner ad grabbed from my Facebook page. It appeared after I logged out. Facebook actually calls them "Logged Out" ads. It rolled them out in February when it was trying to show Madison Avenue it was serious about brand advertising in advance of its IPO. A social ad? Sort of, I guess. It wants me to "like" it to get an insurance quote. But make no mistake: While Facebook can come up with whatever terminology it wants, this is the sort of ad that Mark Zuckerberg has long shunned -- the kind that splashes across the page the way one would expect to see on Yahoo, not Facebook. And yet there it is. Which leads to the question of Facebook's cratering stock price, and the pressure Zuckerberg must feel from his more business-minded colleagues to do more to rev up the money machine. Zuckerberg has long modeled himself after tech titans like Steve Jobs and Jeff Bezos, founder-CEOs who steadfastly ignored the harsh judgments of Wall Street in pursuit of their long term visions and, ultimately, incredible financial success. But Facebook is up against a tsunami-like wave of pessimism following what has been calculated to be the worst performing IPO of the last decade. The stock now trades around $19 a share, or half its IPO price. Facebook also got dealt a PR blow with the disclosure this week that board member Peter Thiel, the company's first outside investor, has cashed out the bulk of his holdings -- not a big vote of confidence as the din of criticism about Facebook management gets louder. And while Zuckerberg is still sitting atop the world with his billions, many employees are stuck with stock options priced far higher than where Facebook now trades. The high-minded refusal of their CEO to chase the easy money notwithstanding, they might prefer a little short-term thinking.

A 'gigantic amount of money'

No one expects Zuckerberg to veer dramatically from his strategy, which, in brief, boils down to two key components: On the one hand, the company wants to persuade Madison Avenue of the value of Facebook as a new kind of social advertising medium. At the same time, it needs to solve the $64,000 question facing all ad-driven social media sites and amp up its efforts on mobile. Facebook's story is strong: 955 million monthly users, more than half of them coming back daily; $922 million in revenue from advertising in the last quarter. But Wall Street isn't in the mood for a "story." That's so 1999. It wants proof, in the form of higher revenue and profit growth, especially considering that Facebook, despite the plummet in its share price, still carries a price-to-earnings ratio that dwarfs those of Apple, Google and LinkedIn. If you think about the above ad, this Wall Street problem might actually be a simple problem to solve. Why stop at splashy ads on the logout page? Why not the home page? Facebook could expand beyond those tiny ads on the right side of your screen that force advertisers to use static graphics with separate text. People cry that such ads will ruin the user experience, but would they really? Every other site on the Web uses them. Facebook's could be well targeted, and it could make a lot of money sprinkling them across Facebook and stealing ad dollars now going elsewhere. Heck, with its traffic, Facebook could theoretically soak up the entire display market. Surely there's an acceptable look somewhere between the Facebook of today and the messy MySpace of yesteryear. In fact, given all the additional features to Facebook over the past few years -- including Facebook Ticker and Facebook Chat -- even Facebook no longer looks likes Facebook. Google+, like it or not, is now the clean alternative to Facebook's clutter. How easy would it be to turn Facebook's huge reach into a cash machine? Here's what Marc Andreessen, a venture capitalist and Facebook board member, told Charlie Rose in February 2009:

Facebook is deliberately not taking a lot of the kind of normal brand advertising that a lot of Web sites will take. ...Facebook has made a strategic decision to not take a lot of that business in favor of building its own sort of more organic business model and it's still in the process of doing that and if they crack the code on that which I think that we will, then I think it will be very successful and will be very large. The fallback position is to just take normal advertising. And if Facebook just turned on the spigot for normal advertising today, it'd be doing over a billion dollars in revenue. So it's much more a matter of long-term strategy.

Then Rose follows up: "So if you want to make a lot of money instantly, you could." To which Andreessen replies, "Yeah, oh, very easily. It could sell out the homepage and it would start making just a gigantic amount of money."

Just reading that I can hear the throngs of Facebook employees and investors screaming, 'Do it! Turn on the spigot!'

In the long run, Zuckerberg might very well be right: The types of social ads that Facebook is pushing, such as Sponsored Stories, which appear in your news feed and are less ad-like, could prove really effective. Big, splashy display ads are hardly great performers, after all. But we're not talking a long-term strategy that would replace Zuckerberg's current direction. We're talking triage in the face of a slipping stock that could color everyone's impression of Facebook -- including ad buyers who might start to look at Facebook as a damaged company.

Then there's Facebook's mobile challenge. Facebook is under constant attack for not moving faster to squeeze money out of its growing mobile user base. In the latest quarter, mobile monthly users climbed 67 percent from the prior year to 543 million. Facebook has been careful about how it spreads ads on mobile phones. In March, it began rolling out Sponsored Stories for smartphones, where companies can create "stories" that show up in News Feeds of a brand's fans and their friends. 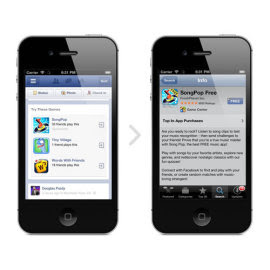 The early signs are that this is going well, albeit slowly. A study by AdParlor found these ads to be far more effective than desktop ads, and during Facebook's second quarter conference call, Zuckerberg said that as of late June, Sponsored Stories were bringing in about $1 million a day, with half of that from mobile. That would give Facebook about $182 million in mobile revenue a year. Enough? Apparently not. Earlier this month, Facebook rolled out its first mobile ad units that aren't tied to a user's social connections on Facebook. The company is letting developers buy ads in mobile News Feeds as a way to help them drive more people to their apps, which sure sounds like a strategy designed to boost Facebook's mobile revenue rather than improve the user experience. Tap on the ad, and it takes you to the Android or iOS App Store purchase page. While Facebook says it's only testing these ad units with a limited number of partners, it certainly shows a willingness to try ads that have nothing to do with whether or not you "liked" something. In fact, these ads are no different than ones that marketers buy from mobile ad networks like Tapjoy. Similarly, Facebook last week started a test in which brands can pay to have their "sponsored" posts show up in Web and mobile News Feeds of Facebook users who have no connection to them -- something that, until recently, would have been hard to imagine Zuckerberg signing off on. "Marketers have been told for years is that Facebook is about community," says Jed Williams, a senior analyst with BIA Kelsey, a research firm focused on interactive media. "Suddenly all that changes if you can drop an ad anywhere." (A Facebook spokesperson described this latest effort as a "small test.") Facebook, of course, has many big advertising opportunities that it could be working toward expanding. In June, the company launched an ad exchange, called Facebook Exchange, to let advertisers better target users on Facebook by tracking what else they do across the Web. And there is plenty of speculation that Facebook will create its own third-party ad network that, through Facebook Connect, would tap into your social connections to sell targeted ads across the Web. In the end this may come down to a question of Mark Zuckerberg convincing Mark Zuckerberg to rethink his principles and bend to the sometimes brutal demands that accompany life as a publicly traded company. And if that happens, Facebook stock may get a much-needed jolt.