How tech is leading us back to a village-style life 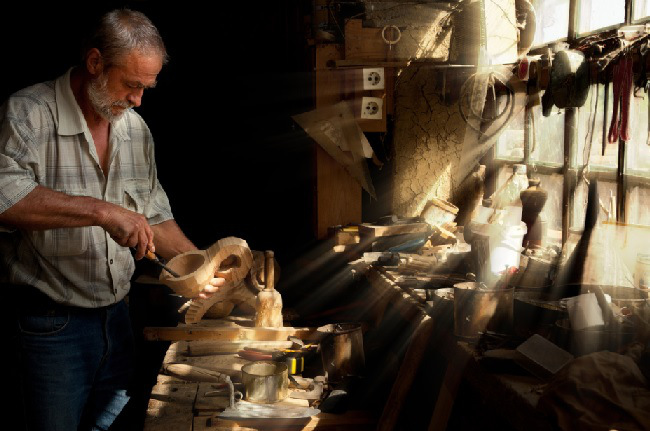 There has been a lot of discussion about how the acceleration of technology is decimating the middle class and traditional jobs. But there has been very little discussion of an emerging trend where individuals are opting out of these same jobs people fear will disappear.

Driven by a post-scarcity economic model whereby you can live very frugally if you choose to, some workers (mostly college-educated and urban) are opting out of the now traditional work structure and choosing their own path. As Chelsea Rustrum puts it in her book It’s a Shareable Life, “You can live a life dictated by choice, passion, and freedom — a life where your … experiences are of the highest value.”

They are opting into alternative, passion-based professions that have gained popularity and acceptance, such as craft beer producer or yoga teacher, and that have flexible hours. Twenty years ago, if Bob, the valedictorian, showed up to his high school reunion and said he was starting an artisanal coffee shop and manually roasting his own beans, most of the attendees would have laughed and asked each other, “What the heck happened to Bob?” Today, Bob is admired as one of the few that are beginning to embrace the lifestyles of a hundred years ago. Yes, machines can manufacture pretty darn good coffee. But Bob likes to hand roast coffee, and people like to drink it.

The economics underlying this shift are of course driven by technology, which has progressively driven down the cost of commodity goods and enabled the easy sharing of capital assets. However, in an ironic twist, technological progress and abundance are ushering in a very retro lifestyle.

Housing, dining, and even employment are being unbundled into pre-industrial age configurations. Shervin Pishevar, an investor who funded Uber, posited this when he noticed that village services could be implemented at city-wide scales. But perhaps what is actually occurring is the reverse; the cities and services are decentralizing themselves into villages and village-like urban neighborhoods.

Some of these trends are already well established, while others such as food carts are of course small micro-trends amongst relatively wealthy city-dwellers.

Many of these new services offer very predictable quality due to built-in recommendations or via TripAdvisor or Yelp. Others are very haphazard, like a Burning Man camp during its heyday a few years ago. You can’t buy your way into a top restaurant when it’s a food cart whose owner has everything she needs. She’s much more incentivized to trade her services for a private yoga session, or just simply offer her food to people she already knows and likes.

The “return to the village” trend is, of course, limited to a small population that can afford to spend their time on personal pursuits and eschew higher wages. This privileged demographic could certainly suck it up and work 12 hours a day, be online every weekend, and live the materialistic American dream – but they now have the luxury of trading less time for less wages, while still meeting their needs and leading excellent lives.

In parallel to the great migrations of the Depression era, young, educated people are flocking to cities like Detroit and Buffalo to begin a new kind of life. While the 1 percent worries about the new home construction index, others are taking advantage of relatively empty cities and abundant, inexpensive housing. The recent unbundling of healthcare from traditional career-track jobs is only making the opt-out path even more attractive.

People spent extremely long hours at work well before the industrial revolution. However, research shows that they actually spent far fewer hours actually performing work due to limited light, a lackadaisical work ethic, and numerous religious observances. The shift-based work day schedule developed during the industrial age has lasted well through the information age, and has extended into even longer hours for most knowledge workers. What happened to John Maynard Keynes’ prediction of a 15 hour workweek where people’s needs could easily be met with very little work?

While we’re still a long way from a post-scarcity economy, we are already at a point where a large portion of the population no longer works the traditional 40+ hour work week, and it has become increasingly difficult to find service workers that can reliably perform monotonous jobs. Perhaps, in the near future, the time-for-wages equation will shift positively and benefit all Americans, well beyond the privileged few that can choose to opt-out and return to a village lifestyle. A world where workers will be empowered to dictate their own hours, their own wages, and most importantly, their own freedom to explore their passions. A massive shift that opens up the opportunity for numerous peer-to-peer services and networks.