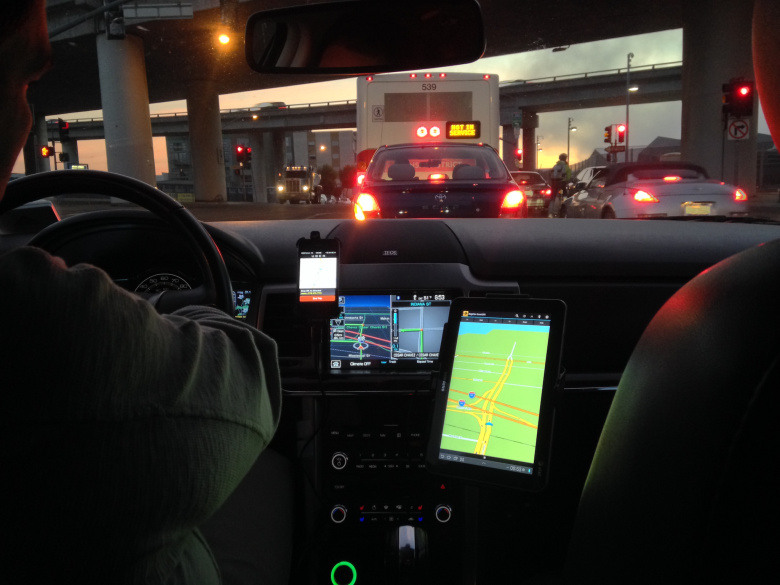 Legacy regulatory environments were first ignored and then fell by the wayside or changed as people recognized that a customer-reviewed driver in a personal modern car was just as good, if not better, than a sociopath in a yellow Crown Victoria. However, Uber drivers are now congesting major cities, and neighbors of Airbnb-listed rentals don’t want to live adjacent to what is effectively a hotel.

As the adage goes, bureaucracies are created to solve a real problem, actually address the problem, and then simply sustain themselves. There is no doubt that taxi commissions and hotel regulations have far exceeded that threshold. Jurisdictions like Las Vegas that forbid street-side pickups in conjunction with hotels that only allowed a single cab to load at a time conspired to make changing locations incredibly difficult for consumers. Regulations mandating that the rack rate for a hotel room be placed inside a room make no sense in an Internet-enabled world.
However, as sharing economy services have reached scale, the need for regulatory intervention is increasingly becoming apparent, in numerous areas:

Having no upper bound on the number of vehicles available is leading to massive congestion in the downtowns of major cities. For example, San Francisco has 22,000 possible Uber drivers, and its legacy taxi industry is limited to 1,900 medallions. Clearly San Francisco needed more taxis, with the medallion system enriching existing owners with artificial scarcity rather than reasonably limiting the number of vehicles permitted to ferry passengers. On one hand, in aggregate there is less traffic in San Francisco at key intersections, very likely due to a combination of Waze distributing the load to side streets and people using ride sharing rather than driving their own cars. On the other hand, during surge times downtown is at a virtual standstill. Ask any ride sharing driver and they will tell you it’s Uber and Lyft drivers. In the near future, cities will likely add caps to the number of concurrent Uber and Lyft drivers as part of a mandatory regulatory license. Such caps will likely create scarcity and increase rates.

Uber drivers are now as notorious as taxis for illegal U turns and arbitrarily double parking when they could just as easily pull over. Due to driver ratings when carrying passengers, they are better drivers than taxis, but only marginally better. Taxis had very visible markings that allowed consumers to have a recourse. It is not unreasonable that the companies provide visible identifiers that noncustomers could use to rate the drivers. Yes, a "How's My Driving" sticker! This will go a lot farther than trying to see an optional decal in the windshield and capturing a license plate number.

There is anecdotal evidence that it's very difficult to get an Uber in poor and underserved neighborhoods. With Uber’s driver opt-out model redlining is going to be par for the course for many drivers. As part of their license, taxi companies were regulated to not redline neighborhoods. However now that taxi companies have become eviscerated by Uber and Lyft, good luck getting any type of ride from underserved neighborhoods. Uber will likely have to create a market-based incentive to address this problem, by perhaps giving the drivers the full fare.

– Taxi companies are obligated to accommodate people with disabilities, with specialized wheelchair capable vehicles. Uber is currently being sued in multiple states due to issues with the Americans with Disabilities Act. However, much like with redlining, the evisceration of legacy taxi companies will likely lead to regulations that will force Uber to add drivers with specialized ADA vehicles to its fleet.

Uber claims that the driver’s personal insurance will cover injury to passengers. However the insurance companies disagree and have created specialized products that drivers must buy. Uber provides a $1 million backup policy, but there is a lot of confusion as to when it kicks in. States like California are starting to institute stringent insurance requirements that define liability during gray areas like when a driver is waiting for a ride request.

– Uber has been largely self-regulating on vehicle standards by insisting on modern vehicles, all of which have numerous mandatory safety features. There is no longer a need for ridiculous standards such as two way radios and credit card swipe machines in the age of the app. Some jurisdictions may mandate a fire extinguisher for paid rides.

In order to prevent surprise fares, most jurisdictions have mandated visible meters that continually update during a trip with the current fare. The Uber app lets users see a fare estimate if a destination is entered – it could just as easily show a somewhat current fare. Uber will likely add this feature on its own as it is useful; but if not, it will likely be mandated soon enough by various jurisdictions.

Tax authorities are even going after yoga studios that have regular teachers. Chances are that they will soon force Uber and its ilk to pay employment taxes for its workers.

There will, of course, be jurisdictions that overly regulate ride sharing services, much like some jurisdictions like New Jersey still mandate that gas can only be full service in order to preserve gas station attendant jobs. Most jurisdictions will likely fall into a reasonable middle ground.

It is becoming clear that sharing economy companies are not necessarily going to self-regulate and will increasingly be subject to external regulation now that they are hitting scale. Let’s just hope that the cycle does not repeat into yet another self-profligating bureaucracy that simply recreates all of the same problems companies like Uber were built to address.