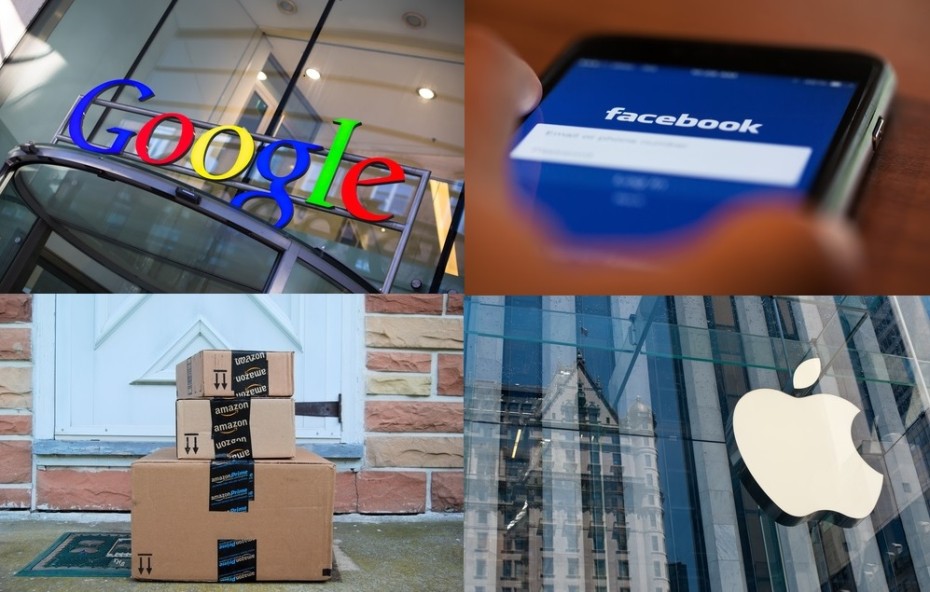 Google, Apple, Facebook, and Amazon have been dubbed the four horsemen of the tech industry. They are the biggest consumer companies and dominate the discussion through new initiatives such as drones and acquisitions such as Oculus.

As our current tech era has evolved, Apple has led the pile with a huge market capitalization, and Facebook was the newcomer with the smallest market cap.

In the past few weeks, however, Apple’s phenomenal iPhone sales have finally slowed and Amazon’s endless losses have finally caught up with it. In the meantime, Facebook has blown past Wall Street expectations and Google is continually growing despite its per click revenue dropping. Google and Facebook are weathering the recent tech doldrums better than their peers. 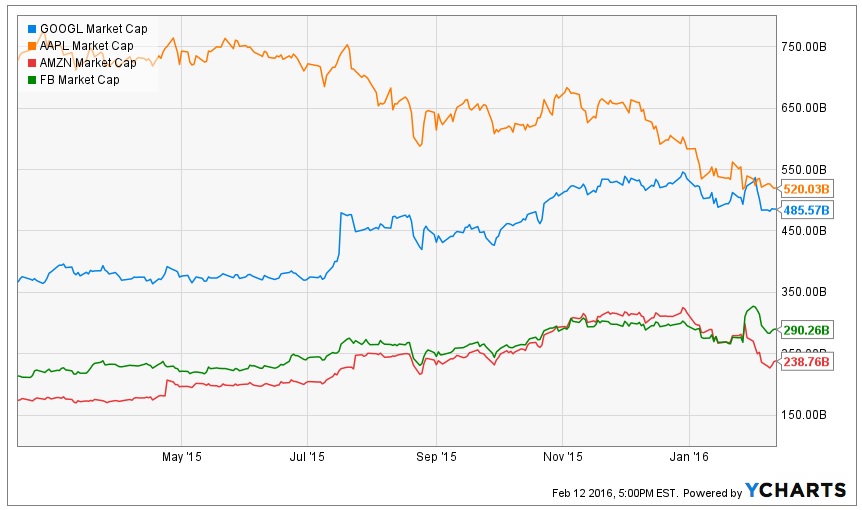 It all makes sense from a macro perspective: It’s far easier for Google to get you to do another search and Facebook to get you to look at another photo than it is for Apple to sell you another iPhone or Amazon to get you to purchase more merchandise. As the adage goes, with Google and Facebook, you’re the product, and advertisers are paying your way.

The marginal cost of revenue of a software company is far lower than a hardware or commerce company. Amazon is attempting to extract more efficiency by owning its own shipping and aircraft. Apple is continually optimizing its supply chain. However, increasing efficiencies in atoms can never catch up with bits; software is in fact eating the world.

Bill Gurley of Benchmark thinks that perhaps Amazon may have disintermediated Google since many people buy everything they need from Amazon. However, no one is looking for movie show times, restaurant recommendations, plane tickets, and many other services on Amazon. Google still has plenty of dry powder to grow, especially in a macro economic environment where consumers are choosing services over goods.

During the dot com era, the “four horsemen” were business-oriented Sun, Oracle, Netscape, and Cisco that sold the picks and shovels that fueled the dot com gold rush. A dark horse to consider in the current race to the top is business-focused Microsoft, which now has a market capitalization approaching Google and Apple. Microsoft’s shift away from Windows and into device-independent subscription services such as email, Microsoft Office, and Dynamics has been very successful.

It is incredibly difficult to keep moving more atoms at a massive scale. Google and Facebook’s bits are virtually free of earthly bounds, while Apple and Amazon’s atoms are increasingly shackled by reality.