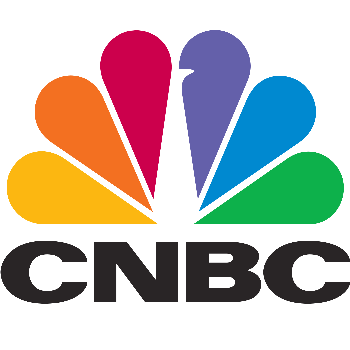 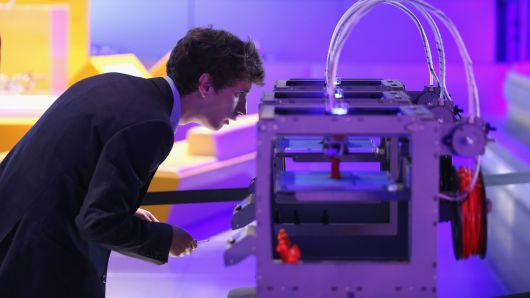 Over the past few decades, globalization has bound countries together into a global supply chain encompassing finished products, parts, agricultural products, food products and energy.

But a commingling of seven well-known tech trends will soon make it inconceivable to manufacture a product in China, ship it 7,000 miles to Long Beach, and then truck it 700 miles to Salt Lake City to be placed onto a Walmart shelf. With projected continual improvement in each of these seven tech trends, a large majority of global trade could cease very shortly.

It's not a coincidence that multinational companies are suddenly pulling manufacturing back into the U.S. Rather it's the culmination of years of acceleration in manufacturing automation, ranging from textiles to factory lines. As Tesla found out the hard way, we are not quite at the point of fully automated manufacturing – but the rate of automation is accelerating.

The global supply chain prides itself on shipping just-in-time parts as needed, using airplanes instead of warehouses. But that's no longer necessary if it's cheaper and easier to manufacture parts locally.

3D printing has long been a hobbyist fascination, but the technology can now print metal and is increasingly capable of producing parts such as Ford car parts and Airbus plane parts. Today 3D printing can print entire products such as Adidas sneakers or backpacks, and are being mass printed with equipment from companies like Carbon. Even complicated products like rocket engines are being 3D-printed.

The current technology behind global agriculture was driven by the fear that overpopulation would lead to mass starvation, culminating in genetically modified foods and an escalating war between pesticides and pests. Food has also been globalized — in the past few months, I have purchased California pistachios in both Saigon and Prague.

Companies like Plenty and Infarm are building full-scale local vertical farms that can grow a variety of produce locally, regardless of weather conditions or season. Vertically farmed produce can be either exotic varietals or local favorites, does not need to be engineered to reduce spoilage during transport and is incredibly water efficient.

Meat products constitute a large portion of global trade, ranging from Australian lamb imported to the U.S., to U.S. pigs being exported to China. Factory farming is incredibly efficient economically, but it is wasteful environmentally and disease prone.

Lab-grown meat is still in its early days, and is very expensive (although the price is dropping fast). I had the pleasure of sampling "beef" tacos made by Impossible Foods. When cooked and seasoned correctly, Impossible Foods' meat — impossible as it is to imagine — is indistinguishable from real meat and is available today.

The infrastructure for large electrical grids that span countries is expensive and power is degraded when it is transmitted.

Meanwhile, energy produced by solar and wind is fast becoming a large part of new energy production. Solar density is increasing at a pace similar to Moore's law and wind turbines and batteries to store the capacity are also becoming increasingly cheap. Combined with local battery storage, the need to transport electricity across long distances is beginning to diminish.

Hydraulic fracturing can be considered an environmental nightmare, however it is helping to make the U.S. energy-independent. There are over 250 million passenger cars and trucks in the U.S. which are not going to be replaced by electric vehicles overnight, and in the meantime will need gas. The plastics industry relies on petrochemicals that now no longer need to be imported. Natural gas is a very clean byproduct of fracking.

So while fracking is not a long-term technology, it is a short- and mid-term technology that is sharply reducing oil imports for countries that are willing to sacrifice a localized section of their environment.

The internet, once a great unifier, is being increasingly fragmented across countries. It is no longer certain that users can access anything from anywhere or that internet companies can have global reach.

China has strict firewalls that block out large swaths of content and services, Russia blocked Telegram and threw out LinkedIn, and Egypt is blocking YouTube for a month. The European Union's GDPR rules have gone into effect and some U.S. websites have gone dark in the EU. The EU may soon add a link tax that will darken even more sites. People in developing countries can get free, but super limited internet courtesy of Facebook. In the U.S., net neutrality rules have been weakened, potentially allowing transmission providers to block or slow access to certain content, and users are inceasingly isolated into "filter bubbles" where they only choose to see and believe news that already reinforces their beliefs. New blockchain-based companies like Orchid and Newbound Network are attempting to address this but it will be challenging to overcome.

So what's going to be left to trade?

Handcrafted specialty goods will always find a market. It is still incredibly difficult to produce microprocessors and memory, and there are only a few good chip fabricators in the world. Ironically, some commodities such as cobalt and phosphorous may become more valuable than finished goods, especially for countries not willing to extract rare elements. Companies like Apple claim they will one day no longer need rare earth minerals, but are still guaranteeing their own supply of elements such as cobalt direct at the source.

One global industry that is clearly not ending is tourism. Citizens of newly developed countries are eager to visit other countries, and cheap airfares are encouraging more and more people to travel. Last year, four billion passengers flew on scheduled air service. Perhaps the future will hold far more cultural exchange than goods exchange. Think global and buy local!