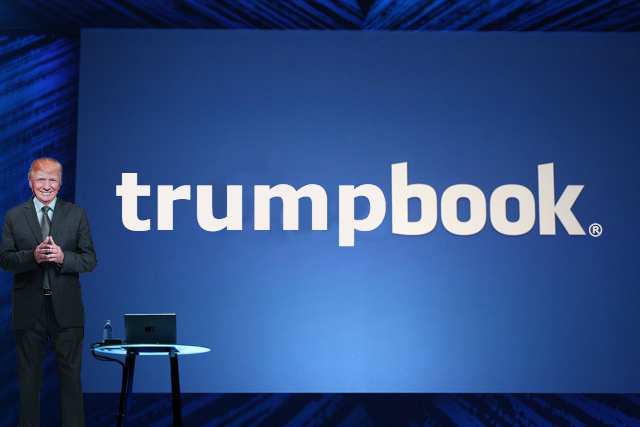 As the adage goes, don’t discuss politics or religion at the dinner table. Facebook’s genesis was for friends and family to share what was going on in their lives. Yet over the past couple of years, many Facebook newsfeeds have turned into “Trumpbook,” with a stream of outrage-focused political posts fueling Facebook interactions, especially during election cycles.
Facebook first claimed that its fake news issue was “crazy”, then repeatedly stated that their algorithm could discern fake news, and has since changed its tune — it has a war room where armies of contractors analyze ads and posts for validity.
But with recent advancements in machine learning, it is now possible to algorithmically filter out political news and advertisements using off-the-shelf machine learning algorithms. Topic categorization algorithms have been successfully identifying content for years and have become increasingly sophisticated and turnkey. The realistic goal here should be to offer an option to filter out most political posts to avoid a problem called “overfitting” which would also filter out non-political posts. There is even a free Google Chrome extension that already filters out politics.
So given these advancements, why doesn’t Facebook offer an option to filter out political posts?


Our circle of “friends” has expanded


The first reason is that because our Facebook social networks have expanded far beyond actual friends and now encompass casual acquaintances, people are sharing fewer and fewer posts that are meaningful and personal. Posts have devolved into prompted interactions, with “tell me how you met me” chain letters, fundraisers, personality quiz results, fake events, birthday posts, and restaurant recommendations. People are increasingly sharing drivel.
Zuckerberg’s law of social sharing, which said people would double their sharing every year, started turning in 2016 and only accelerated as Facebook users have run out of things to post about and begin to worry about privacy. Attempts to get people to post live video to spice it up a bit did not get traction. One interesting point of traction is Facebook Memories where people can recycle older, more interesting posts.
But in the end, Facebook is a media company that needs to capture attention, and media has to be interesting to do that. People’s lives are generally repetitive and now that we’re in the tenth season of everybody's personal reality show, politics are taking a role by filling that gap.


A second reason is that Facebook needs the political traffic and advertising. Facebook has to maintain the news gravytrain until something else can make up for the traffic. The small tweaks that Facebook made in Q1 to promote meaningful social interactions and wellbeing over news posts led to a big dropoff in pageviews, culminating with a massive Q2 slowdown causing the largest stock market loss in history.
Meaningful social interactions now seem to include interactions about politics, because the news posts and pageviews are back. Facebook is even attempting to maintain the flow and quality of news by allowing users to rate news sources and adding context around news posts.
Election years are a boon to media advertising, and Facebook is no exception — though its advertising capabilities provide functions that differ from those of traditional media. Where traditional media offers broad granularity of audiences and some level of accountability. Facebook encourages tight microtargeting and the ability to target specific audiences, which the 2016 Trump campaign deployed with Cambridge Analytica.
For this election cycle, Facebook started with forced ad labeling, but now only three weeks before the midterms, Facebook is starting to clamp down on these microtargeted “dark ads.” There are reports that Facebook did in fact consider banning all political advertising, but did not because the ads reportedly compose a significant amount of revenue, however less than 5% of overall ad revenue according to Reuters.


A third reason is that attempts for new types of content have failed. A lot of Facebook’s early traction was in addictive social gaming that began to fall off of a cliff as users tired of the games. Since then, Facebook has cast about for new products that can maintain viral loops. There’s a litany of attempted product offerings including Deals, Gifts, Marketplace, Gaming Video, Pintrest-like Sets, etc.
Facebook is even attempting to go up against YouTube with a comprehensive premium video platform for advertisers. However, the end user experience is inferior and overmonetized. For example, viewing a video in full screen mode takes the viewer to a landing page that features other videos, there are painfully inserted midroll ads and another video starts automatically after finishing the first one. It provides a seriously a subpar user experience that attempts to extract every last cent out of a user — reminiscent of Yahoo! towards its bitter end.
Facebook’s biggest problem as it tries to broach new markets is that its continual user account breaches and the founding “move fast and break things” ethos has left users with little trust. As Facebook tries to enter lucrative new markets like online dating, it has to convince its users to share even more intimate details about their lives.

Onwards to thoroughly monetizing the acquisitions


Facebook is starting to recognize that meaningful posting is increasingly taking place on its acquired properties such as Instagram and Whatsapp. These properties are all growing fast and have very constrained posting, such as Snapchat-inspired “stories,” which are hard to algorithmically game. Whether story-style posting can be backported into the core Facebook property remains to be seen — but it appears that Facebook may be using political advertisements as a revenue bridge as it begins to monetize Instagram and Whatsapp.
Thoroughly monetizing Instagram and WhatsApp, however, would require significant changes. Brian Acton, the founder of WhatsApp, says he left due to disagreements with Facebook about ads and the user analytics that power ads. Kevin Systrom, the founder of Instagram, won’t say why he recently left Facebook. However, Systrom is well known for product purity, and the ad load on Instagram has spiked.
In the meantime, Facebook will continue to monetize political posts, even if it’s to our national detriment. I’ll be posting this article to my Facebook feed.