This post was also published in VentureBeat. Google has finally unveiled its +1 social initiative, largely aimed at stemming Facebook’s ability to learn what links are relevant to others in a social graph. The Google +1 implementation, where people can recommend individual items within search results, is definitely a step in the right direction. However, it could also hurt Google’s revenue stream — I predict that adding a +1 option to keyword ads will have a negative effect on clickthrough rates.

Google has been gradually embedding interactivity in search results, lately even asking directly in search results if a particular Twitter handle is yours. The new +1 feature harkens back to a 2008 Google experiment that mimicked Digg’s interface and let users move search results up and down, and even comment on them. 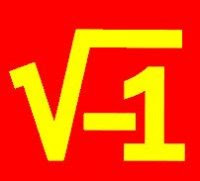 This new feature where users can directly like particular search result links definitely will help Google better rank search results by involving crowdsourced humans instead of algorithmic computing, which have been increasingly gamed by search marketers.

However, Google +1 seriously begs the question as to why Google isn’t simply ranking results based on what people are clicking on. If a user clicks on one link and doesn’t come back to click on other results, that indicates they have found what they are looking for. A future Google +1 will likely let you rank any page on the Web using the Chrome browser whether or not it has a “Google +1” button on it, and therefore present a serious threat to the newly emergent StumpleUpon.

What Google doesn’t appear to have thought through seriously is the +1 integration with Google AdWords. It is a cardinal rule of advertising that you present the user with one call to action. Clicking on a +1 next to an AdWords ad makes no sense at all – it is already hard enough to get people to click on an ad without adding confusing paraphernalia around the unit.

A store selling futons in San Francisco that pays for a targeted ad to people in the bay area searching for futons wants people to click on the ad, not + 1 next to the ad. The Google + 1 AdWords implementation is an obstacle to conversions with very little upside. Google Instant is already impacting click through rates by automatically populating search results as users type, and Google + 1 is going to make the problem worse.

Google +1 is a great step forward for Google as it is finally admitting that perhaps humans can be smarter than machines when it comes to detecting relevant content. But Google has already nailed how people like ads: By clicking on them.