This post was also published in VentureBeat. For a so-called social utility, Facebook has been getting more and more useless.

At first, Facebook friend overload was an early-adopter problem for overnetworked Silicon Valley insiders. But now, friend overload is hitting the mainstream consciousness. Many people who have been using Facebook for a few years find themselves inundated with friend requests by everyone from elementary school classmates to work colleagues. The resulting mess of casual acquaintances on Facebook has quickly overwhelmed newsfeeds with uninteresting minutiae and people you really don’t care to see.

In response, there has been a lot of recent activity by startups exploring concepts related to small groups of friends. Foursquare CEO Dennis Crowley has long talked about how his location-based service has a more “real” social graph — people with whom you’re willing to share your location. Path is run by Dave Morin, a well-known ex-Facebook employee, and is delivering a mobile photo sharing network for your 50 closest pals. Newly popular startups like GroupIn are bringing group texting back into vogue. Even Mark Zuckerberg has come to the conclusion that “most people don’t want to create lists of things, but the act of adding friends is a very nice feeling. No doubt it would be better if everyone had these friend groups [automatically] created.”

The next attempt, Facebook Groups was a resounding disaster. Since anyone could add friends to a group, they quickly grew into large, amorphous collections of people. Your entire high school class may now be a group, but not your real friends. 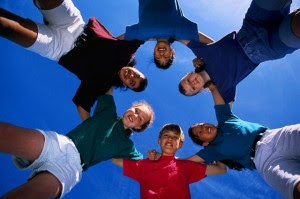 So here’s the fix, according to my sources: Facebook engineers, longtime fans of graph theory, are starting to derive “friend clusters,” or tight interconnections amongst a group of friends. For example, Facebook knows when a substantial number of coworkers have friended each other, and even knows that there are more people on the periphery that are close to parts of the company. Facebook has been incrementally adding this friend clusters feature in subtle ways. When you pull up a photo album from a friend, in the “people you may know” section to the right will often recommend people that you probably know in common with that person. This is because Facebook knows not just that you have friend in common with the person you are looking at, but who else has a lot of commonality but is not currently in your friend list.

It is likely that Facebook will soon introduce automated lists, and present user with lists of people and ask them questions like “Are these your coworkers”? By adding heuristics like how often users message, comment, and tag each other in photos, it will figure out who are tight clusters of friends. Even further, as evidenced by Facebook’s acquisition of the group messaging service Beluga, by watching how quickly people respond to each other — a feature I like to call “response velocity” — Facebook will start to figure out who your real friends are.

There are people you answer the phone for, write back to immediately and comment and like their posts; and there are people you don’t do that for. Facebook is uniquely positioned to learn which is which — an advantage Google and other rivals can’t match.