Is Apple’s iCloud an excuse to overcharge for storage?

This post was also published in VentureBeat. After falling far behind in the shift to cloud computing, Apple’s much-anticipated iCloud offering fell far short of expectations. Rather than a cloud locker that could stream media to a variety of clients, iCloud turned out to be a glorified file synchronization service like Dropbox. iCloud will automatically sync all of your apps, settings, and files to all of your iOS devices.

Syncing all of your files is definitely a useful feature for consumers, but it is starkly different from the approach of other industry titans. Google and Amazon were so terrified of Apple streaming music that they both pushed shoddy beta-quality music lockers out the door in the past few weeks. Instead, Apple shipped the ability to recognize ripped or illegal music on a user’s hard drive and then automatically sync copies of songs at higher quality across devices. While recognizing that a user already has ripped a CD and skipping the upload does not seem like a killer feature, the music labels sued MP3.com for that very feature over a decade ago, and Apple had to pay the labels a reported $100-$150 million to automatically sync the music that is already on a hard drive.

Google is staunchly in the cloud camp with its Google Apps, Google Music, and Google Drive offerings. Microsoft has launched its Office 365 cloud based Office, which enables businesses to offload their IT infrastructure such as email to the cloud, and announced that Windows 8 will automatically configure itself to a user's settings on login, so a user will be able to walk up to any Windows 8 machine and recreate their entire desktop experience. Amazon has always been a leading cloud vendor with its Amazon Web Services business offerings, and streams video rentals immediately for consumers in addition to its new Cloud Player streaming music locker service. 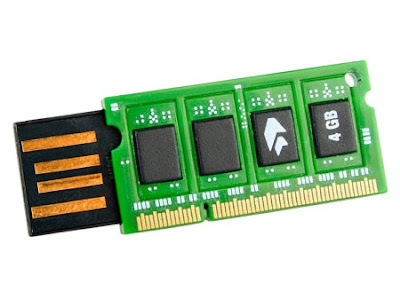 So what’s going on over at Apple? It’s quite simple, actually. Apple makes an enormous amount of money selling overpriced Flash storage, and it is therefore incented to sync every file to every device rather than stream media files on demand. Apple charges $6.25 per gigabyte of Flash storage on iOS devices. In comparison, retail pricing for generic Flash storage is $1.44 per gigabyte. That’s quite a margin for Apple; and of course you can’t add your own Flash upgrades to iOS devices unlike Android and Windows devices.

While a case can be made that, in the age of bandwidth caps, it is cheaper to copy everything to every device once, music is relatively low bandwidth to stream when compared to full duplex voice over IP or video calls. The age of ever-expanding Wifi networks also tilts in the favor of streaming. And ironically Apple owns the patent on the creative solution of storing the first few seconds of media on a device so it will play immediately when a user clicks play, which gives the music stream a chance to buffer and then take over playing.

Getting $100 for $16 gigabytes of storage is an excellent reason for Apple to dislike streaming. However, it is definitely a contrarian position to the overall market, and it risks that consumers will get wise the next time they upgrade a device and switch to Android or Microsoft.