This post was also published in VentureBeat.Why did Amazon launch an Android app store this week? Chalk it up to a case of Apple envy.

Thanks to the iPod, iPhone, and iTunes, Apple is now making an estimated $5 billion per year in digital content distribution. Amazon.com, caught by surprise, has been struggling to keep up in the fast-growing digital content market. It missed the boat with music. (Discount Kid Rock MP3s, anyone?). Amazon’s online-video service is caught in a netherworld between iTunes and Netflix. Even at its new lower price point, the Kindle will soon be eclipsed by the iPad and Android tablets; already, Apple forced Amazon to lower its exorbitant book distribution fees.

Despite these multiple failures, Amazon still wants to make a go of it. Everybody else has an app store, from Apple to Google to Nokia and even HP. Why shouldn’t the world’s biggest online store sell apps, too?

Give Jeff Bezos this much credit: He sees that everyone is vertically integrating from content to distribution to device, and Amazon.com needs a piece of this action before another fast-growing digital content revenue stream flows away.

The problem is that Bezos doesn’t own a mobile platform, so he has to horn in on someone else’s. Google’s Android, as an open-source system, allows third-party app stores, so it’s a natural target.

We are starting to see some wireless carriers such as Verizon start to deploy their own stores. That’s understandable, as they actually sell phones and services, and already sell content to their customers — though, like past app-store attempts by carriers, it’s unlikely to be successful.

Google’s Android Market definitely has its problems. Like Facebook, it allows any developer to submit an app, and then users can flag dangerous or fraudulent apps. However, a Facebook app hanging your browser is very different than an Android app crashing your phone. Clearly there needs to be some better application filtering and sandboxing.

But does this posit the need for an entirely new Android app store from Amazon, which will manually approve apps like Apple does with the iPhone? What’s cool about Android is that there is no Big Brother approving apps. Amazon will also offer app recommendations — a vital need in the app world, and one that Amazon’s vast stores of customer data can help in. But this is a category that others such as GetJar and Chomp fill without having to deploy an app store. 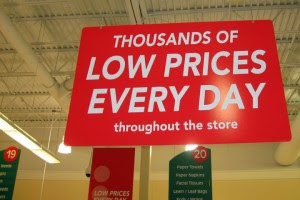 The one clearly important innovation Amazon is offering is dynamic pricing, which will discount apps automatically to increase sales. But Google, which is a master at dynamically pricing ads, could easily copy this feature.

The problem here is that Google has finally gotten all of the carriers and handset manufactures in line and is shipping relatively consistent and stable Android phones. Android is finally a viable contender to the iPhone despite its early fragmentation.

Yet now, instead of software and hardware fragmentation, the Android platform has to contend with fragmented app stores. While the Amazon app store might be good for Amazon, it is definitely not good for the Android ecosystem.

The good news is that it is likely to fade into the ether, since it will be difficult to convince carriers and handset manufacturers to promote yet another app store — or explain to end users, who already suffer brand confusion about who makes Android phones, why they would need another app provider. But if Amazon’s innovations in pricing and recommendations spur Google to improve its Android Market, then Amazon’s store will have served a purpose. Just not the one Jeff Bezos may have had in mind.