Twitter reportedly acquired TweetDeck today, and that’s likely to be the first of many changes. There is a broad consensus that Twitter had stalled out in terms of product innovation, , which even creator Jack Dorsey noted upon his return to Twitter as head of product. With Dorsey’s return, we should expect more changes, and very quickly.

BusinessInsider recently suggested that Twitter only has 21 million active users, and a lot more people who read of those users’ tweets. While at first blush this number may look really bad, it is actually an indicator that Twitter has matured. Twitter is a microblogging platform, and has followed the same trajectory as blogs. At first, everyone blogged. Now only a few blogs really matter. 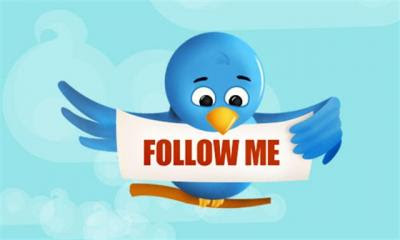 As Twitter becomes the go-to source of information for news, celebrities and more, it’s differentiated from Facebook, which is very focused on what your friends are posting. With this shift in mind, below are some features Twitter could quickly add via targeted acquisitions that could bring back the company’s mojo, scale users, and add multiple revenue streams.

Twitter’s home page should become a news style view of what is going on. As LinkedIn’s recent news site showed, there is ravenous appetite for socially filtered news presented in a news format that includes pictures and descriptions. I myself have experimented with PostPost, the real-time Facebook news site, to rapid uptake.

Twitter has become the central avenue for news organizations and celebrities to distribute news. In addition, it is the prime hub for curators and users to retweet the news, essentially adding a vote for the interest level in the news story. Facebook is still primarily a site to interconnect with friends rather than disseminate news. However, Twitter needs to act fast since Facebook is currently driving more traffic to news organizations that Twitter. It’s time for Twitter to double down and dominate its core category.

With a Twitter news view, newbies and infrequent users would start with a broad view of what is currently interesting in the news, and as they follow sources and curators they would be able to personalize their experience and drastically increase Twitter usage. Adding a news feature could be accelerated by acquiring Twitter newspaper makers such as Paper.li or TweetedTimes, with a blend of TweetMeme to rank the articles.

Last month I was at the Coachella music festival. On the first day, there was one person on Color, 66 Foursquare check-ins, and thousands of #Coachella tweets that included linked photos and videos. Twitter has a fantastic opportunity to offer a dynamic, visual view of what is going on around events and places, ranging from music festivals to political upheavals. Facebook is the go-to site to find out what’s going on with your friends, and Twitter should be the go-to site to find out what’s going on around you and in the world. Since news organizations are always quoting tweets, people are now predisposed to Twitter as a leading source of information. Acquiring companies like Memolane or Storify that have spent time on how to present posts in a structured manner could be helpful. In addition, acquiring What the Trend would add the ability to show trends of tightly focused geographic and demographic slices.

The Twitter user interface has been stalled almost since its inception. Although users can now click to fetch linked media, it is not an ideal experience, especially since users are now accustomed to seeing photos and videos inline with the Facebook newsfeed. Photos, videos, documents and such should be presented inline directly below a tweet. Twitter should announce support for Facebook’s OpenGraph protocol and support open graph tags for web pages that return metadata such as titles, descriptions, and thumbnails. This feature could be accelerated by acquiring Embed.ly, a site that returns metadata such as thumbnails for arbitrary URLs.

Following a conversation stream in Twitter is maddening. Although there is a new feature to see a tweet in context, it only shows a few surrounding tweets that are not necessarily relevant. This is a critical feature that needs to be fixed, and can’t be fixed via an acquisition. Every tweet that is a response to another tweet needs to be linked to its parent tweet, and every tweet needs to be able to find its child tweets.

Facebook addresses this issue by simply grouping all comments under the original post. Twitter should also focus on solving this simple problem first, and then going after the more complicated nested commenting problem. So if I reply to a tweet, and then you reply to my tweet, both tweets are filed under the original source tweet as one long stream. A huge step forward from how it works right now, and the nesting of comments can be addressed later.

Although Twitter acquired Summize in 2008 to power its search engine, the search results could use a lot of improvement. Twitter search doesn’t dereference URLs, so you can’t search for references to a particular article. In addition, it doesn’t offer expected features for people accustomed to Google search such as spelling corrections (“did you mean…”). Building fast and effective search is extremely challenging. Options should include partnering with Google like Facebook partners with Bing. Google would be overjoyed to get some social juice, and Twitter would benefit by being able to offload search. Another option is to acquire Topsy, the leading Twitter search engine which is fast, realtime, and effective.

Facebook is blanketing the web with its social plugins ranging from Likes to Comments, and Twitter needs to stake its claim on websites, especially news sites. An equivalent of Facebook’s recommendations plugin that shows what content on a site is actively being tweeted would be relatively easy to create. In addition, context about what people are saying about an article could be added by acquiring BackType, which offers a widget that shows all of the tweets and comments about a particular URL.

With the service’s notorious downtime, the Twitter engineering team has struggled just to keep the lights on and it will be awhile until they can transition to innovating rapidly. Although acquisition integrations are hard, they will be the best way for Twitter to innovate quickly. If the acquired companies are not compatible with existing infrastructure it is critical to incent them to do a quick rewrite as part of the acquisition. In addition, Twitter should be comfortable shipping stuff that people will complain about – Facebook does it all the time. One idea is to start throwing features over the transom under a “TwitterLabs” moniker.

Good thing that Twitter recently hired Mike Brown, Facebook’s former acquisitions guy, and didn’t buy into TechCrunch’s accusations that he committed insider trading. Brown is super tied into the startup community and is well-respected. Looking at the laundry list above, he is going to be a pretty busy guy. (Editor’s note: Brown is also an investor in VentureBeat.)