This post was also published in VentureBeat. This is the second of two articles on likely changes to Twitter. The first article focused on consumer-facing changes to Twitter and this one focuses on monetization.

Twitter has experienced tremendous traffic growth, and more importantly has permeated into the collective consciousness with constant Twitter quotes by news organizations and entertainers. Twitter’s valuation has gone up as people expect it to monetize its traction with both consumers and brands. Here are a few of the features that would seriously inflect the Twitter revenue curve. 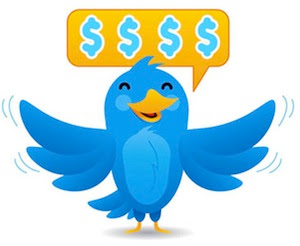 Bring on the banners

Twitter has struggled to scale advertising revenue, because like most social sites it tries to inflict strange ad units on both its users and advertisers. From the users’ perspective, things like promoted tweets or Facebook’s social ads are intrusive to their content experience. From the advertisers’ perspective, they can’t use their normal ad units and track results the normal way.

This is easily addressed by supporting normal ad units such as right rail skyscraper banners. As Myspace proved early in the social years, banner advertising works on social networks, especially social networks where a lot of people are following celebrities and media. In addition, to be frank, a lot of the former Myspace userbase is using Twitter to follow celebrities and sports figures, and these are the types of users that respond to banners. It will be a long time before Facebook chief operating officer Sheryl Sandberg can convince Mark Zuckerberg to go after banner ad buys less than a year-and-a-half after he pulled Microsoft’s static units from Facebook, so Twitter will have an advantage going after large-scale media spend.

Special care should be taken to ensure that when banners are introduced, they are placed similarly to other top sites. For example, the infamous “dickbar” mobile banner that caused user uproar was placed at the top of the Twitter app. Most mobile banners such as AdMob units are placed at the bottom of an app. Adding banners will always bring on complaints, but adding banners that look like everyone else’s banners will achieve begrudging acceptance and will make the complainers look like trolls.

To add a social flare, the units can include tweets relevant to the brand or whatever is being promoted. Put the social into the ad unit, not the ad unit into the social. Acquiring the self-service dynamic ad creator Flite, which lets advertisers create and deliver ad units similar to Aol’s Project Devil units, would make dynamic ad units that integrate tweets available to the Twitter.com as Flash units and mobile as HTML5 units.

Twitter should let Facebook experiment with social ad units, and focus on soaking up a bunch of brand banner ad spend.

Monetize (rather than cannibalize) third-party apps

Over the past few months Twitter has been going after third party Twitter apps by blocking some apps’ access to its API and arbitrarily changing authentication systems. Attempting to regain control of the on-ramp with which power users use Twitter is admirable, and the TweetDeck acquisition was a very smart move in this direction.

However, a rich developer ecosystem is a rare treasure and should be nurtured. Rather than go after rollups like UberMedia and smaller Twitter clients, it would be better to exchange volume API access in exchange for placement of the banner ads (you know, the ones I just described) with a revenue share. Pissing off developers is never smart, consider how quickly iOS developers jumped onto Android after all of Apple’s various shenanigans. This is especially important considering that Facebook is nurturing a rich ecosystem of third-party apps, ad, and analytics vendors. That said, it should be expected that Twitter will add obvious features like email notifications, and Twitter should notify developers of changes like this ahead of time to circumvent upset feelings.

Developers love Twitter, and Twitter should be helping them do fun stuff and make money, too. There are a bunch of small, self-serve ad networks that could be acquired to accomplish this, as well as open source implementations such as OpenX.

Check-ins are tiresome, but location deals are useful

Twitter is one of the most used mobile apps, and it could open a great revenue stream by enabling merchants to deliver real-time deals. Check-ins are increasingly lame, but people do want to know if there are deals around. A lot of mobile units have low conversion rates, but a built-in interstitial with a map view would lead to a lot of conversions. Options for this include doing a deal with Groupon Now like Loopt’s recent implementation and Foursquare’s rumored integration, or acquiring a small mobile deals company like BeThere Deals. Replace the #dickbar with the #dealbar!

I work at Webtrends, which sells social, mobile and web analytics solutions to enterprises, and am continually amazed at the voracious appetite marketers have for analytics, and for the new breed of analytics around social interactions. No CMO on the planet is going to question a marketing budget item labeled Twitter Analytics. A lot of sentiment analysis tools such as CoTweet, ScoutLabs and Radian 6 have already been acquired. However a new breed of more powerful tools such as Crimson Hexagon are ripe for Twitter to acquire to enable social media teams to see, route and respond to Twitter conversations about their brand. Much like Facebook Pages include support for broadcasting to Twitter, it is critical to also include support for Facebook and blog conversations so that brands can have a single, Twitter driven view of what is going on with their brand.

Twitter should continue to sell access to its firehose of data, but delay access for a few hours to external entities other than a few premium partners in order to increase the value of its own offerings.

Companies like ClearSpring and RadiumOne are mining what content is being shared by consumers and selling the data at a huge premium to advertisers who want to know what topics are trending and how to better target users. Twitter has one of the best views of this type of data and should sign lucrative deals with publishers and ad networks to help them better optimize their businesses. More importantly, as I wrote back in March, Twitter’s data provides a very unique viewpoint as to how content goes viral and what types of posts, influencer retweets, and incremental advertising could tip a campaign towards a viral spread. Social scoring companies like Klout have very limited algorithms, but this type of infrastructure could be an offshoot of acquisitions such as Topsy and BackType in addition to the more immediate benefits described above. Mining the Twitter data will only become increasingly valuable as marketing campaigns become increasingly automated.

Adding enterprise features to Twitter will be much easier than consumer facing features. Enterprise features have far fewer users, can have structured release programs such as limited early access releases, and generally have a pretty forgiving audience in terms of time to add features and the occasional downtime. There is huge opportunity in for Twitter to sell to businesses; Twitter’s voluminous consumer traction, brand mindshare, and treasure trove of data offer significant monetization opportunities in the advertising and analytics segments. Acquiring companies like those described above would accelerate Twitter into every brand’s media spend.