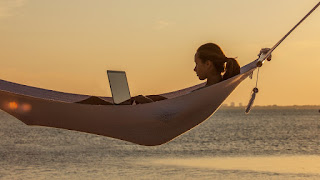 Population density and hygiene are the two most important factors in the spread of respiratory illnesses. In a post-Coronavirus world, people are going to be more incented to avoid dense urban centers that were experiencing typhoid outbreaks even before the Coronavirus.

The acceleration of Millennials moving to smaller cities

There was already a trend, especially amongst the Millennial generation, to move from dense urban centers such as New York, Los Angeles, and the Bay Area to smaller emerging sunbelt cities such as Austin, Raleigh, and Nashville. This trend will accelerate as newly unemployed people move to cheaper locales or back home with their parents. Less densely populated, relatively clean cities are much less likely to be shut down due to future “second wave” outbreaks. Small businesses in smaller sunbelt cities will mostly survive a relatively short shut down of a few weeks, providing a relatively normal nightlife.

Knowledge worker centers such as New York and San Francisco were already increasing in high vacancy rates for storefronts. On the other side of the Coronavirus, the cities that have shut down for three months will be unrecognizable with many restaurants, bars, and stores closing forever. The outlets that are able to come back will also struggle. Customers are now trained to buy everything online and have discovered the plethora of options that are just as easy as Amazon. People will not be as inclined to go out which will decrease revenue, and social distancing measures will continue to cut into already thin margins. It will be extremely difficult for new businesses to start in the vacant spaces, even with lower rent, due to Byzantine regulations, high capital costs, and labor costs required to start a storefront in dense urban centers.

Will people escaping dense urban environments make their destinations politically purple? The Millennials in most of the US are very liberal and supportive of gay rights, legal marijuana, and other social issues. However, there are starkly differing opinions on housing, small business, crime, and homeless policies where the policy outcomes in dense urban areas have been measurably terrible.  High taxes with bad results is not a pattern that people want to repeat.

The continuing redistribution of technology companies

The Bay Area has long been the center of technological innovation in the world, with a unique intersection of top educational centers, venture capitalists, startups, and large technical powerhouses. It’s not clear that employees working from home during the shelter-in-place directives will drive companies towards shutting down all of their offices and going fully remote.

Even before the Coronavirus, there was already an increasing realization that all employees do not necessarily have to be within commuting distance to Mountain View. Top Bay Area companies like Google and Facebook increase access to talent with engineering centers in New York, Seattle, Vancouver, and London. Silicon Valley companies were already moving back-office and sales functions out of the Bay Area, much like Wall Street moved back-office functions first to New Jersey and then to the Midwest and South. Technology conferences were already moving out of San Francisco due to costs and street conditions.

When I was the CIO and CTO of CBS Interactive, Facebook and Google were poaching all of our technical staff in San Francisco and New York. We were fortunate to have an engineering center in Louisville, Kentucky where the leadership had deep ties to local universities and a great reputation. We made Louisville our key development center for a next-generation content management system. The engineering staff in Louisville worked hard, had great attitudes, and were just as good as our poached staff that used to work for us in San Francisco and New York. Most importantly, they were paid well for the area and were able to afford homes and a great lifestyle with a revived downtown offering farm to table restaurants and craft breweries.

I’ve started five startups in Silicon Valley and built teams in the Bay Area for over 20 years. At my last company, Sapho, we found it impossible to recruit world-class application infrastructure talent as we were competing head-to-head with Google and Amazon in 2014’s highly competitive cloud infrastructure employment market. I was fortunate to have met a couple of elite engineers in Prague that we acqui-hired, and we subsequently built a world-class team of 80 people around the two of them. We continued executive leadership in the Bay Area without having to build a large engineering team locally. A top venture capitalist that had invested in the company fretted that we would hurt our valuation by not having a Silicon Valley team. The company was acquired by Citrix in 2019 for $225 million and the venture capitalist now sends startups to me for advice on how to build teams outside of the Bay Area.

At my new startup, InCountry, we are building a worldwide cloud and have scaled to over 80 people across Minsk, Saint Petersburg, and Rostov-on-Don and have been very fortunate to have been able to hire another world-class team of deeply experienced and capable technical talent. Just like with Sapho, we have a small team of experienced and well connected executives in the Bay Area.

It was already increasingly normal for Silicon Valley startups to have a small office in the Bay Area along with an engineering center in another city or a remote engineering team. This trend will only accelerate as companies follow the talent to smaller markets and look to cut costs in a recession. Even Uber is rumored to be looking to move from San Francisco to Texas after bailing on its Oakland expansion plans. Many more Bay Area and NYC companies will likely Uber to greener pastures as well.