This post was also published in VentureBeat. The mobile operating system wars are a battle for the future of computing, not a battle for the future of phones. Former Morgan Stanley analyst and newly minted venture capitalist Mary Meeker highlighted this fact in her latest Mobile Internet Trends presentation. The key trend: Smartphones and tablets together outshipped PCs for the first time last quarter.

The good news for developers: The tumult in the mobile market may mean that they have more leverage with the creators of new platforms than they ever had with Microsoft during the era of Windows on the PC.

What escaped the legacy mobile industry is that phones are no longer phones but are in fact full-fledged computers that required full-fledged operating systems. Computer hardware and software? That happens to be Silicon Valley’s specialty. No wonder that existing players were not able to compete with the likes of Apple and Google, the duo now dominating the smartphone category with their modern mobile operating systems. Even simple feature phones — the voice-and-text-capable models that still vastly outsell smartphones — can’t escape this destiny. The smartphone of today is the feature phone of tomorrow.

Microsoft jumped late into the game last year, doing what it does best — copying and arguably improving the iOS and Android operating systems into Windows Phone 7. It is now replaying its strategy from its successful Xbox playbook of spending hundreds of millions, if not billion, to gain adoption of Windows Phone 7.

Operating system wars are battles for distribution and developers. Distribution can be bought, but developers are fickle and hard to budge. The current modus operandi for a typical mobile developer is to write an app for Apple’s iOS — the underpinnings of the iPhone and iPad — first and see how it does. If it gets some traction, next comes a quick port to Android. Once these two platforms are successful, a developer may wait for Microsoft to show up and pay up some of its market-development dollars to port to Windows Phone 7, but it had better be a lot of dough to be worth the trouble.

For example, the very popular mobile game Angry Birds is slated to ship on Windows Phone 7 in Q2 2011, long after its massive success on iOS and Android. The only thing Microsoft can do to shorten this lag is to increase Windows Phone 7 distribution.

As simple as this scenario sounds, the downside for iOS and Android developers was that international growth has been hampered. Large swaths of Europe, Asia, and Africa are dominated by Nokia handsets, and Nokia was unable to deliver a modern operating systems despite years of effort. Even though HTML5 offers a some amount of portability across devices for developers, Nokia had very limited support for HTML5 relative to the modern Web browser in iOS and Android. 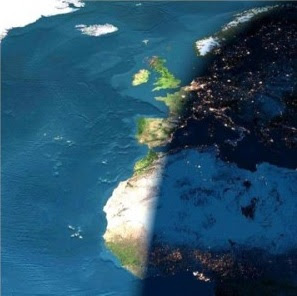 It’s no shock that Nokia failed to implement a modern smartphone operating system. Its attempt to leapfrog its Symbian legacy was Meego, a joint venture with Intel. Predictably, it created bloated, non-usable software in an effort reminiscent of Taligent, which was IBM, Apple, and Motorola’s efforts in the 1990s to create an operating system that could compete with Microsoft Windows NT and NextStep.

Here’s a newsflash to big technology company executives: if one team can’t build a viable operating system, putting them together with other teams that also couldn’t build a viable operating system and having them report to multiple entities is not going to solve the problem. I’m sure it makes a lot of sense in strategy meetings and everyone feels good about joining forces, but the end result is very predicable to any engineer.

In an ironic twist of fate, HP/Compaq, Microsoft’s staunchest ally, acquired Palm last year and last week shipped a slate of new phones and tablets based on the Palm operating system and ARM processors. Nokia was indeed a “burning platform,” and the last remaining fire truck was Palm. Nokia did not move aggressively enough against a leaderless HP to snap up the last remaining chess piece in the smartphone wars. HP is not likely to succeed as it has always relied on Microsoft for its developer community and is building its own hardware in an attempt to replicate Apple's distribution, but without Apple's economies of scale.

Life would be simpler for developers if Nokia had adopted Android, making the mobile-OS market a two-horse race, but Microsoft intervened. Last week, Nokia folded its hand and opted to use Microsoft Windows Phone 7 as its primary smartphone platform in exchange for large payments in cash and in kind from Microsoft. Microsoft is attempting to guarantee distribution for its new mobile operating system, and is betting that once it locks down distribution, it will be able to attract its legions of developers to Windows Phone 7. The hurdle for Nokia is that it has now effectively been reduced to a commodity hardware vendor in the smartphone market, and it must focus on improving its clunky handsets and funky touchscreens to compete with stunning Windows Phone 7 devices from the likes of HTC and Samsung.

The big question is whether the promise of worldwide promotion with Nokia will push developers to support Windows Phone 7 in addition to iOS and Android. Microsoft Windows programmers are cheap and widely available to do porting work, and Microsoft will still spend a lot in market development dollars to convince developers to port their software, much like they did for the Xbox. This is a strategy that might take a while to bear fruit, but Microsoft is playing for the long haul. It must save its Windows franchise from becoming eclipsed by a wave of mobile devices, and will keep spending as much money as it takes to secure a position in the next wave of computing. With Microsoft’s dollars and Nokia’s global reach, there’s now a third way to cash in on the global apps gold rush.