You have zero friends, Google - but one secret social weapon

This post was also published in VentureBeat.One of the charms of Google’s once and future CEO, cofounder Larry Page, is that he’s never seemed particularly worried about being liked.

But Google is very worried about knowing what you and your friends like — a domain of data that Facebook has so far dominated. And under its brash new leader, it could be gearing up for a real fight with Facebook over this priceless information about consumers’ preferences.

And Google has a secret weapon in the like battle that no one seems to be talking about.

It has been almost a year since Facebook introduced its Open Graph API in April 2010, offering websites social plugins to enable logins, let people easily “like” content on the Web, show which of your friends were on the site, what your friends recommend, and even what activities your friends have performed on the site. The login and like plugins have been enormously successful for large, popular sites like The Huffington Post, CNN and CitySearch.

However, the Internet is vast, and for the rest of the Web, it is very unlikely that your friends have had any activity at all. The average person has about 150 Facebook friends, not all of whom likely share similar interests. So when you show up at, say, a website for a new movie, the chances are infinitesimal that one of those 150 people has performed any type of activity that would register on Facebook. 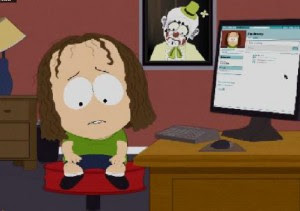 As the South Park episode making fun of Facebook put it, “You have zero friends.” Even on large sites, this engagement can be irregular: Out of my thousand Facebook friends, only one has currently shared an item on CNN.com.

This gap between what your friends have liked and how you can find things that are interesting to you presents an opportunity for Google to finally inject itself into the social sphere. Google is now talking about how its new social project, reportedly called Google +1, will leverage the “interest graph,” where users can find not just what their friends like, but what people similar to them like.

Google’s new social strategy is apparently hinged upon its bargain-basement acquisition of Slide for a reported $182 million, the once-hot social-apps startup. For that price, Google got Slide founder Max Levchin, who’s reportedly leading Google’s social efforts. Slide, originally a widget for photo slideshows on MySpace, jumped on the Facebook-apps bandwagon, but its social games like SuperPoke rapidly faded as Zynga and others overtook them.

As I’ve argued before, if Google wants to buy failing companies to bootstrap its social efforts, it should acquire MySpace, as I pointed out in December. MySpace was actually an innovator in the interest graph, has almost as many uniques as Twitter, and is still a top music destination that dovetails very well with Google’s Vevo and YouTube properties.

But Google has one secret weapon in the battle for likes on the Web. And that’s Like.com.

Yes, Google owns that domain, through the acquisition of visual-search startup Like.com last year. Google launched Boutiques.com with Like’s technology, but hasn’t done anything with the Like.com site.

Could Google turn Like.com into its social supersite? Facebook is attempting to trademark the word “Like”. But since Like.com preceded Facebook’s usage by many years, any attempt to challenge Google will end up in the kind of bruising battle Page seems to relish.

Rather than the wonky, message-board inspired name of Google +1, Google should seriously consider pushing the “Like” moniker. Who cares what your sister and your college freshman year roommate like at Gap.com and CBS.com? Google, through its trove of search data, knows far more about what you will like. And it already owns the perfect website for those insights. What’s not to like?